I wonder if I find parts of motherhood so 🙄 that I create ways to make it less so. For example, the never-ending ridiculousness of kid STUFF. I think I’m pretty strict but my kiddos still acquire and acquire and acquire. The shuffle of changing clothes sizes, toys, artwork, books, blah blah blah. It’s not my favorite. What IS my favorite is them having nice, neat spaces they can play and rest in.

That being said, Let me show you very latest way I tried to make this process a little more fun.

It started when I walked by my son’s room.

I just couldn’t take it anymore! I drug all of their stuff out of their room and downstairs. 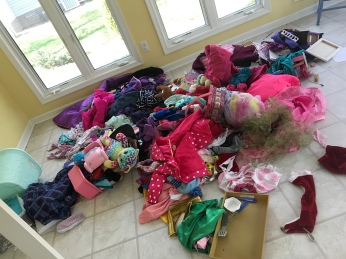 I wasn’t even nice. I just dumped.

My son has entirely too much stuff.

I created a budget for them to buy their own stuff back. 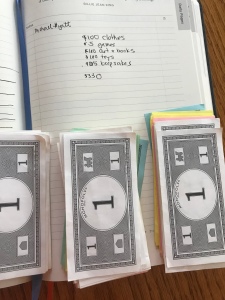 Then, I set them loose.

Let me know if you decide to use this little trick!

View all posts by Shana Roberson